In 1940, several Cadell women joined the South Australian Country Women’s Association Postal Branch. The enthusiastic group took on many projects including making jam for country women in hospital in Adelaide, making apple pies to help raise money for the purchase of an R.A.A. training aeroplane, and sewing sheepskin vests for men on active service. In 1948 the group had become large enough to form an official branch of the SACWA. The change was overseen by President of the Postal Branch, Mrs E Withers, who arrived from Adelaide on the train at Morgan to support the new branch in their proceedings. Cadell CWA became the first branch in South Australia to form from a postal branch and the first CWA on the Murray River between Mannum and the border. 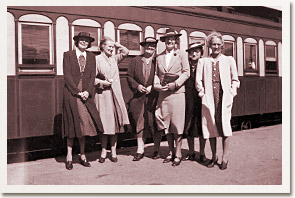 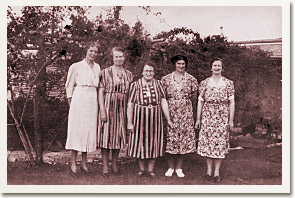