Irrigation. Bringing growth to the settlement 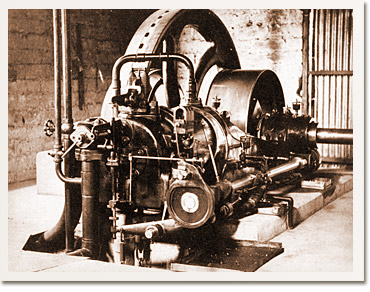 The Cadell Irrigation Area was originally irrigated by a steam powered pumping station and a system of open channels. The main channels were constructed to run around the top of a natural crater formed by old river cliffs within which the settlement lies. Blocks were surveyed so that the channel passes through each block at a high point, enabling the flood irrigation of the lower parts. A system of smaller channels and furrows were then made in each block to direct the water from the main channel. It was with this method that block owners watered their plantings upon ordering water from the Water Master.

Cadell’s first Pumping Station was built in 1919. It was powered by steam and comprised of an underfired multi-tubular boiler of one hundred and eighty horse power, directly coupled to a fifteen inch pump, capable of delivering four thousand gallons per minute.

The settlement was irrigated via a system of concrete channels. The system had three main channels approximately five miles long. The concrete channels were made from lime and rubble concrete. Workers had much difficulty in digging the channels owing to the hardness of the underlying limestone. In some places, the workers resorted to blasting their way through the limestone in order to continue the channel.

The Irrigation Office and Water Master’s home were among the first buildings erected in Cadell. In early days of the settlement the drift of the surface sand would often fill the channels. It was a frequent sight to see the Water Master clearing the channels of sand before irrigation could take place.

In the 1950s, a gradual change to sprinkler irrigation began. This change is recorded in the book ‘History of Cadell’, written in 1951.

“Recently a new idea in watering has been carried out in an experimental way by some growers, that is by use of sprinklers. This is still in its infancy and time alone will tell if they have come to stay… It is a unique picture to see these overhead sprinklers in action in large numbers.” 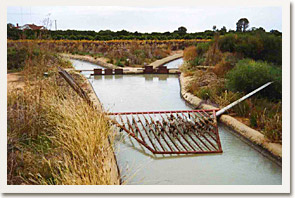 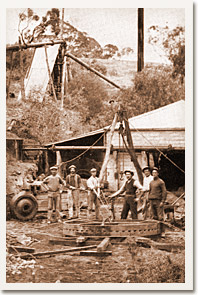 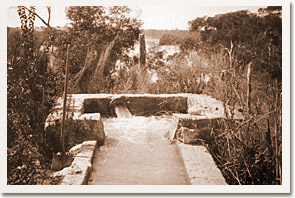 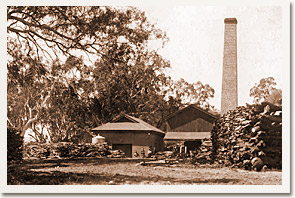 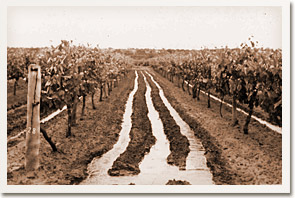 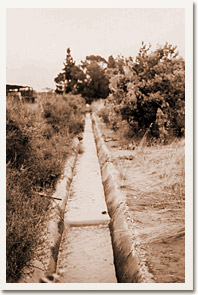