We had a great day at the Morgan Lion’s Easter Bazaar this year. Though unfortunately our 5th and 6th prize categories had no entries and all major entries were smaller than last year. We had a great crowd who enjoyed seeing the pumpkins being lifted off the trailers and utes and then weighed for the Major Prize entries. 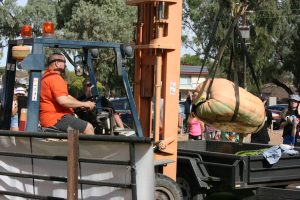 Many stayed for the presentations which were held after the Morgan Lion’s Auction. Jason, our CCTA Chair, took all the entries home and collected the seeds for future competitions. The flesh of the pumpkins went to several CCTA volunteers for their life-stock (chickens, goats, etc). 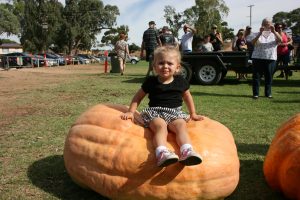 We would like to thank all our sponsors and the Morgan Lion’s for hosting us this year. Congratulations, again, to all our winners. We hope to see you next year.

For information on the 2020 Competition:

The Murray River Giant Pumpkin Competition has reached world-wide recognition with interest from across the globe and has previously been registered with the ‘Great Pumpkin Commonwealth’ accredited association.

Six years ago MGA Insurance Group, donated a prize for the grower of the heaviest pumpkin* to attend the Half Moon Bay Pumpkin and Art Festival near San Francisco which has driven this competition to a new level of appeal, creating many amateur growers across the Nation. There are 14 prizes in 12 categories from Prettiest Pumpkin, Ugliest Pumpkin to Largest Vegetable (of it’s type), so dress up your Queensland Blue, Butternut, or Squash for the novelty section!

In 2011 Dale Oliver travelled the long distance from Byron Bay to deliver his pumpkin weighing in at an amazing 390kg and won first prize. His record has never been broken, perhaps this is the year to do it!

Don’t miss the Easter Saturday event on the Morgan River Front, only two hours from Adelaide on the magnificent Murray River. 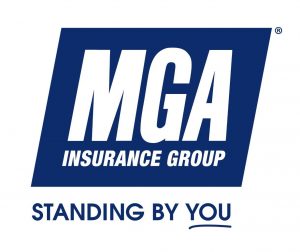 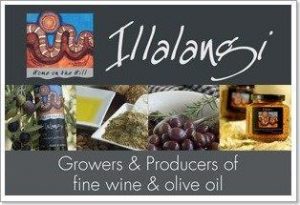 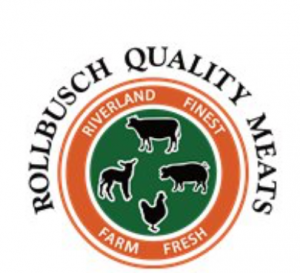 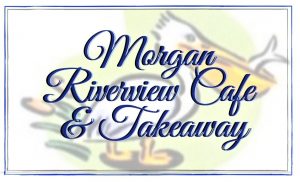 Largest Other Vegetable (of it’s type)